Traditionally these flying models are constructed from a very light wood, known as balsa wood, although other materials such as plywood, Hard woods, fibre glass, special composites (Carbon fibre) and various types of foams are also used in construction.

More recently, we have seen model fixed-wing powered aircraft and gliders made almost entirely from foam, with high tech reinforcement materials. (Foam is chosen principally because of its lightness, and can be moulded into detailed and accurate scale models).

Models are available in several forms:

Kit form. With a kit, you get a box of bits and plans, and have to buy accessories (Glue, servos, motor, radio receiver, covering materials etc.), and invest a lot of time to complete the model to a flyable standard. Flying a model you have built from a kit is very rewarding and gives a sense of achievement not available by simply buying a ready – to – go model in a box.

Almost Ready to Fly (ARTF). Almost ready to fly models require some basic assembly, They consist of covered prefabricated components (Tail, wings, fuselage stickers), but also require many accessories just like a kit (Glue, servos, motor, radio receiver, covering materials etc.). An ARTF model can be finished much faster than a kit and generally guarantees the owner with a god looking model that will fly well.

Receiver Ready (RR). This is a model aircraft that is ready to go except for the radio system. It offers the owner the chance to use his own brand of Transmitter and Receiver. This type of model may be completely finished even to the level of having decals applied.

Plug and Play (P&P). This type of model is similar to the Receiver Ready version, and comes with a radio receiver pre-installed. If buying this type of model, be sure that you have a suitable/matching radio transmitter.

Ready to Fly (RTF) Is another variation of the RR type of model except it is supplied with everything. These bundles usually provide good value for beginners as everything you need to get going is usually supplied (Finished model, Battery and charger, Transmitter). Take care and advice before buying a bundle to ensure the contents are suitable to allow you to progress through the hobby (Example a simple transmitter with limited functions).

Radio systems and Controlling the Aircraft

The radio systems we use are typically spread spectrum type, which digitally link between transmitter and receiver, eliminating cross interference when more than one model is being flown at a time. Radio systems must comply with EU regulations and bear the CE approval mark. Older systems with fixed frequency are still in use, and the club operates a control system to ensure only one pilot can use a specific frequency at a given time. Some types of radio controlled aircraft have a video transmitter (Like racing quadcopters) within the aircraft, for a live link to special viewing goggles or a screen. Video signals are regulated by law to specific frequency, bands and power rating. This is controlled by the race supervisor during quadcopter races. The most popular radio system used within the club is by Spektrum/Horizon Hobby. The club flies Mode 4 (The radio mode defines which stick operates which controls). Seek advice within the club membership before spending a fortune on a transmitter/Radio system which is unsuitable.

Other means of control for fixed wing aircraft are by lines or wires attached to the aircraft. The pilot stands in the centre of a circular flight area. The aircraft has a limited amount of fuel, or is regulated to switch off power after a given period of time.

The aircraft is started and released by an assistant and moves around the pilot in a circle. The lines are connected to the elevator to make the aircraft climb or dive. A number of aerobatic manoeuvres can be performed (stunt flying), and a number of aircraft can fly together in competition (Combat flying) with pilots standing back to back in the centre of the circle. This type of control is termed Control Line flying and several members of the club are active in this area.

Power for models can be electric, internal combustion, or for smaller models of older design, even rubber powered.

Battery powered electric models are increasing in popularity due to the cleanliness and ease of operation. The most common form of batteries used are Lithium Polymer (LiPo) type, which can store a great deal of energy and provide high power, they are also light compared with metal rechargeable batteries such as Nickel Hydride. LiPo batteries require careful handling and storage and special chargers need to be used to avoid the risk of fire.

Internal combustion (IC) engines are typically of glow ignition type, which use a hot filament as an ignition source and burn a fuel made of Methanol, lubricating oil, and ignition improvers (Nitromethane). Glow engines are available as 2 stroke engines, and 4 stroke. While 2 stroke engines are less expensive, 4 stroke engines sound more realistic. Spark ignition engines are also growing in popularity because they can burn regular petrol (or gasoline) mixed with 2-stroke oil (which is cheaper than glow ignition fuel and readily available). Again special equipment is required for use of Internal Combustion engines such as glow plug ignitors, fuel storage canisters and fuel pumps. Electric starter motors are also frequently used for convenience.

With both electric and IC powered aircraft, care and attention is needed to avoid accidents and injury and the club exercise and implement safety rules and practices  to ensure this does not happen while operating on club flying sites. The club safety record is excellent in this regard. 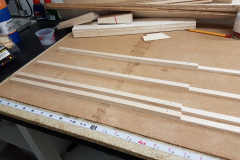 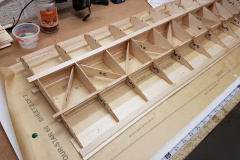 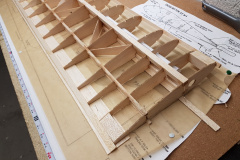 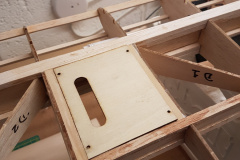 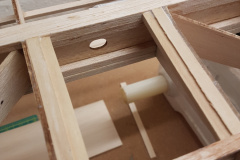 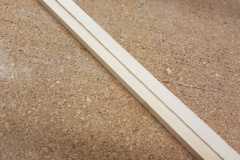 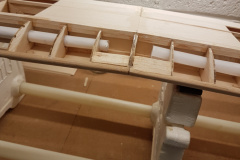 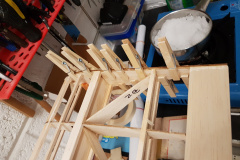 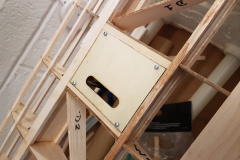 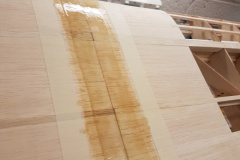 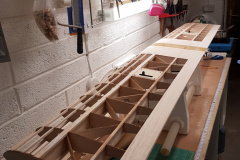 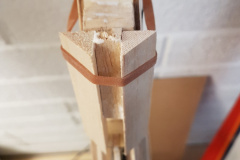 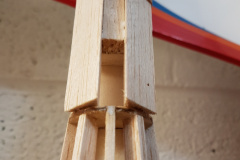 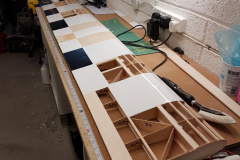 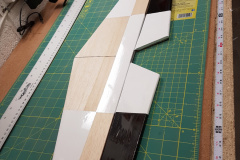 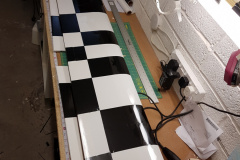